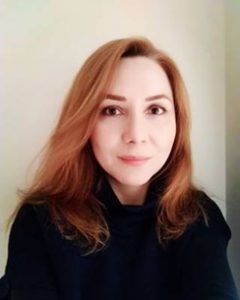 I had a very productive two months at the IWM. One of the major benefits of my stay at the IWM is getting to know new people, their interesting projects, and exchanging ideas for future collaborations. The other benefit is, of course, having access to the IWM library and other libraries in Vienna. The events organised at the IWM are another benefit.

Yes, I’ve found all events organised by the IWM very attractive and interesting. I tried to attend all events at the IWM during my stay and I’ve learned a lot.

I wish I could get a chance to present my work to the fellows at the IWM during my stay. It would be good if all fellows get a chance to present their works in the future. It is good to see that the IWM is now extending its focus by including countries in the Global South. It would have been good to listen to talks focusing on other regions/countries in the world. I really like the event about Afghanistan. Similar events can be organised in the future.

No. Thank you for everything 🙂 I hope to be back in the future.

As mentioned in the “Terms of Award” agreement, we would kindly ask you to submit your final report on your activities, travels, talks and accomplishments during your research stay. Please be as specific and concise as possible!

In particular, we may ask you to list books or essays that have been written or worked on at the IWM, that have either been published or accepted for publication or that you wish to submit for publication. Describe briefly the nature of the work and give names of publishers or publications, dates and other relevant facts.

We would be very grateful if you could provide us with a copy of your publication(s) for our library or, if this is not possible, contact our librarian with the publication details. We would also like to ask you to list any prizes or awards you have received or will receive, as well as any scholarships and grants you have received or will receive.

First of all, I would like to thank IWM for supporting my research. I would like to contribute to the IWM newsletter or the IWM post, if needed. Below, I list my publications and other research activities.

Focusing on the city of Gaziantep, bordering Syria, is an economic centre for Southeastern Anatolia Region of Turkey, and thus is ideally located to become a local industrial and commercial centre, in this article, I take into account the relationship between migration and capitalism, more specifically the role of neoliberal migration policies on DP’s access to the labour market. Taking cities as the units of analysis to look at forced displacement, I focus on class as an analytical concept in exploring DP’s experiences in accessing the labour market in Gaziantep. Drawing on in-depth interviews with internally displaced Kurds and internationally displaced Syrians, the article aims to answer the questions of how different forms of displaced people are located in the labour market?; in what terms and conditions do DP become part of the labour? how are different discursive and institutional sources, including the presence of European institutions, pulled in? I focus on the experiences of DP’s access to the labour market in Gaziantep and argue that a neoliberal approach of Gaziantep to DP’s access to the labour market reshapes class and power dynamics between DP. The data shows that displaced Syrians experience more vulnerability compared to displaced Kurds due to being employed informally as a result of visible barriers to full participation in the formal economy. It also indicates that class dynamics have become more predominant than ethnic cleavages.

During my stay at the IWM, I contributed to the workshop “Sites of Statelessness: Laws, Cities, Seas” organized jointly with the Mahanirban Calcutta Research Group (MCRG) as part of the Europe-Asia Research Platform on Forced Migration as a discussant.

I also gave two interviews on refugees in Turkey to Medyascope, a Turkish independent media platform. One of these interviews were in English- see the below: